Evidence that the Pokémon World is Set in Our World

When the new Pokemon Sun/Moon starter reveal came out, one thing caught my eye: Notice the globe in the back?  This only leads to one answer: The Pokemon world very much resembles Earth.  The globe shows the continent Africa and we can see bits of North America and South America.  Note that this is only one side of the globe and I’m very curious to see the other side.

This is the Pokemon world as seen from the anime: 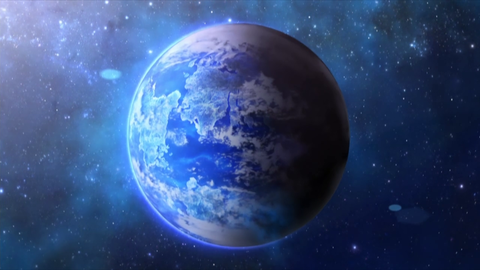 I guess the country at the left could be Spain, but it’s just not.  This looks very much different from our world, which means this could be the other side of the Pokemon world.  If that’s the case, this side of the globe has to be the one with all the separate regions.  If Africa, North America, South America, and Antarctica exist in the Pokemon world, then Europe, Asia, and Australia don’t.  This means that Europe, Asia, and Australia contain the Pokemon regions from the game.  They would also have to be relatively spaced out since in the anime, Ash rides boats to get to different regions.  This is probably due to the long distance since the Pokemon themselves would become tired after having to carry the user (since they can carry the users in the regions themselves).

One possible explanation for how one side of the Pokemon world is like ours and how the other side isn’t could like within some of the early legendary Pokemon so let’s take a look at one in particular. 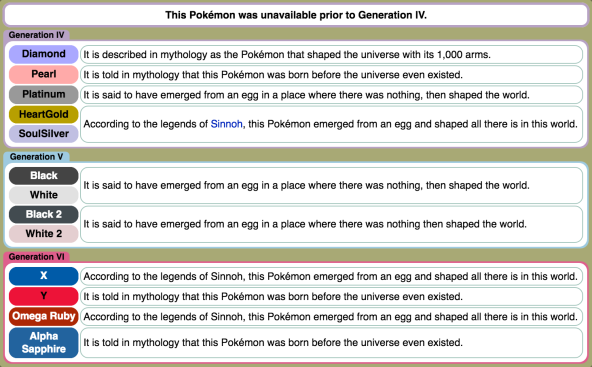 As Pokemon fans know, Arceus is the first Pokemon ever created.  There are three Pokedex descriptions.  They basically say that Arceus was born from an egg and shaped the Pokemon universe with its one thousand arms.  If it shaped the universe, Arceus had to have put a lot more effort into one half of the Pokemon world than the other half.  Arceus also would have created other Pokemon worlds since he shaped the entire universe and not just one planet.  It is told in mythology that it existed before the universe so that doesn’t necessarily mean it existed before the universe.  However, it has shown tremendous power and ability so it clearly has the capability of shaping the universe.  This means that Arceus focuses on specific parts of the universe and sparks life in the form of Pokemon (in Earth/Pokemon World’s case, the different close regions).  I’m guessing that over time, Pokemon have migrated to Africa, North America, South America, and Antarctica, but the main concentration of Pokemon probably still stay in the regions.  However, I don’t think Pikachu could have migrated across the world to settle in Canada.  NA, SA, Africa, and Antarctica are most likely filled with bigger flying Pokemon and bigger water Pokemon. 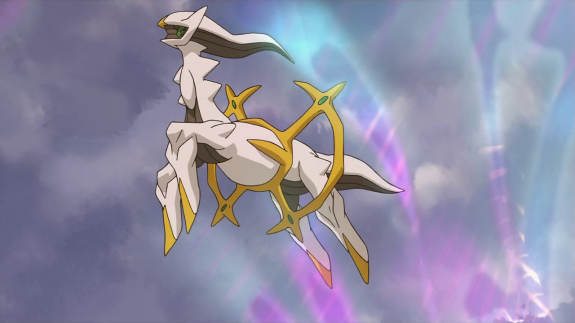 So here’s the timeline:

I know this all sounds weird and I’m definitely going to write more on this soon, but this is just fan speculation.

Speaking of speculation – there’s one other important piece of possible evidence.  I missed over the key part.  The fact that there is a North and South America, Africa, and Antartica itself shows that the Pokemon world is really just our world.  Honestly, what is the likelihood that another planet will have four continents that are shaped just like ours?  The answer to that question is “very small.”  The existence of Africa in the Pokemon World means that we could just call the Pokemon world an alternate Earth.  I’m glad that Sun and Moon is clearing this up and I can’t wait to play the game when it finally comes out.

If this theory that North America, South America, Africa, and Antarctica doesn’t make sense, Pokemon GO will tie everything together. 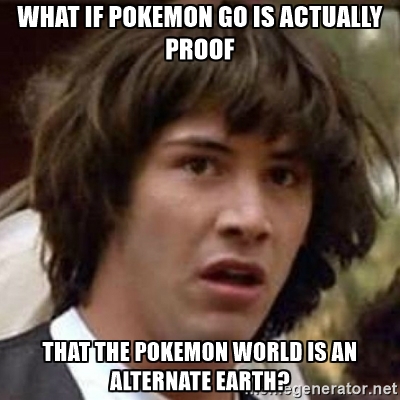 Honestly, it could just be that the game developers are lazy, but what if though… what if…