Okay, this article is going to be brief.  Anytime within the next few weeks (maybe days?), the name for Disney’s Star Wars theme park will probably be announced.  I thought it would be nice to share two of my predictions concerning the name of the park since we haven’t really heard much about the anticipated Disney attraction since the D23 expo.  Okay, here we go:

This one’s the most obvious.  Star Wars Land has a nice ring to it and I can totally see a ton of kids asking their parents if they can go to Star Wars Land in Disney World/Disneyland.

Here’s another few just for kicks: 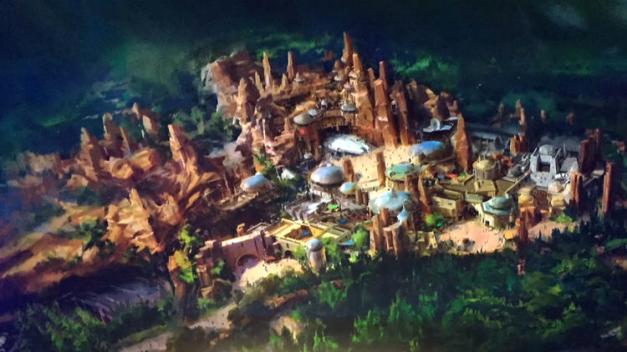 NOTE: I don’t own any of the pictures or videos.  If you have an issue with the usage of the media, please feel free to let us know.  Thanks!