8 Characters Keanu Reeves Could Play in the MCU

Hey, everyone, it’s been a really long time since I’ve published an article on here, and part of that is honestly because I’ve been so busy with making music, developing a game, and working a 9-5!  However, I love this site, and I always get super happy whenever I get to make and release an article on here.  I have a couple article ideas for the near future that I intend to release as soon as possible, starting with this one.

When it was announced that Marvel President Kevin Feige wanted to cast legend and absolute badass Keanu Reeves in the Marvel Cinematic Universe, I couldn’t help but think of the possibilities.  Is there a comic book character who is perfect for Keanu?  I don’t really know, but I think these characters come pretty close to it!

Galactus is a cosmic being who apparently came to be when the big bang happened, making him easily one of the most powerful entities in the universe.  I just want a big guy in a purple suit.  I also want him to be cool.  After 2007’s “Rise of the Silver Surfer,” I think general audiences lost any interest in seeing Galactus on the big screen considering the filmmakers on that movie turned him, an actual humanoid being, into a space cloud.  After “Infinity War” and “Endgame” nailed it with its visualization of Thanos, it’s clear that Galactus can be appropriately realized to match his comic book roots.  Keanu has the stature and imposing physicality that could turn Galactus not just an omniscient being, but an actual threat to every being in the universe.  As we’ve seen with “John Wick,” Keanu can pull off a stoic attitude really well and as Galactus, he could pose a genuine problem to Earth’s Mightiest Heroes.

If he doesn’t play Galactus, Keanu can certainly pull off the cool nature of the cosmic traveling surfer bro while conveying a hefty dose of inner torture.  The Silver Surfer is an alien who saves his homeworld from Galactus by pledging his servitude to the being.  Galactus spares Radd’s homeworld at the cost of turning Radd into his personal scout to find new planets to devour.  Radd presents his master with new planets to feed on and destroy all to protect his friends and family.  That’s gotta add some serious guilt to the guy.  Eventually, Radd finds Earth and presents it to Galactus, but The Fantastic Four convince Radd to realize what he’s doing is wrong.  The Silver Surfer becomes a hero, and yeah you get the idea.

This one’s a little weird of a pick, but hear me out.  We haven’t seen Uncle Ben in the MCU yet, and it might be an interesting thing for Peter Parker to reminisce in future Spider-Man installments after Far From Home.  Keanu looks around the same age as Marissa Tomei, who plays Aunt May, and he has a chillness to him that I think could have formed Peter’s outlook on life.  If there’s someone to give the with great power = great responsibility line again and do it better than anyone else, it’s Keanu freakin Reeves.

This isn’t much of a stretch considering Adam Warlock is supposedly genetically engineered to be the perfect being, and “Guardians of the Galaxy Vol. 2” hinted at his existence already.  In the comics, Warlock is a huge part of “Infinity Gauntlet” and the subsequent stories so introducing him in Phase 4 as a potential character in Guardians Vol. 3/Asgardians of the Galaxy is a great idea.

Also a weird choice considering Keanu looks nothing like Beta Ray Bill and if he was to pay this character, he would either have to mo-cap or wear a rubber suit which means we don’t all get to see the pure visual awesomeness of Keanu Reeves.  However, you could do a couple things here, making the character just a regular guy named Bill on Sakaar or some other alien planet.  He’s so wholesome that he manages to lift Thor’s hammer in GotG Vol 3/AofG, which is a great meta play on Keanu himself.  Sure, there would be some backlash that he doesn’t look like the comic book character, but Keanu would be a great new Thor and I’m cool with that. 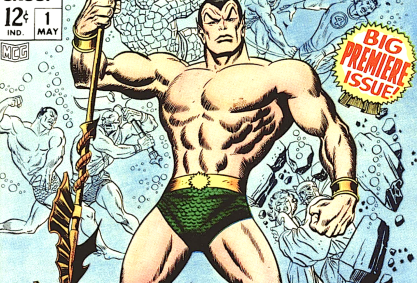 I’ve heard this one a bunch, and I’m totally on board for Keanu being a Marvel counterpart to Jason Mamoa’s Aquaman from DC.  You could potentially introduce him in “Black Panther 2” as a similar leader to T’Challa.

I think Moon Knight as a character is pretty similar to John Wick in that Marc Spector is a mercenary crime fighter.  Moreover, Moon Knight’s biggest enemy is his mind and I think Keanu is really good at playing tortured souls who are just really good at masking their vulnerabilities. 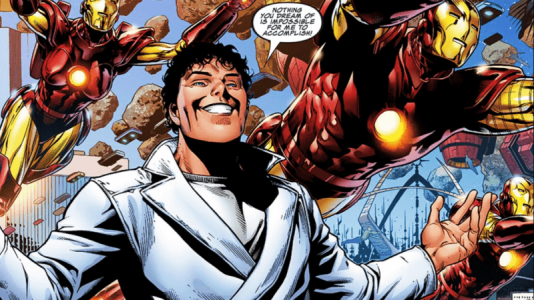 Last but not least, this one is a bit of a no brainer.  Considering it seems like the Secret Invasion storyline was teased in the end credits scene of “Far From Home,” I think there’s a decent chance we see the all powerful Beyonder show up soon as the next big post-Thanos baddie.  Keanu would be great as the manipulator who pits heroes and villains against each other in Battleworld.  He’s also great because you could set him up as a recurring character in the MCU.

Alright, there you have it!  What do you think about these potential choices for Keanu Reeves?  Are there any other characters you think Keanu could play?  Feel free to let me know!  Thank you 🙂