Hey, so this is a part two of a fan-casting I released a few days ago for an MCU Fantastic Four.  If you haven’t read that one yet, please feel free to check it out!  So just like the last article, I’m going to be looking at a few people who can play the various heroes, but ultimately, I’m going to pick one.

I personally think that no one can replace Hugh Jackman’s Wolverine, but I’ll give it a shot.  If Marvel wants to distinguish themselves, they could focus on some less iconic characters much like they did with “Guardians of the Galaxy.”  Most of the characters in the X-Men franchise were great, but they deviated a lot from the source material just like Sony did with the past two Spider-Man series.  One character I’m absolutely not considering changing is Deadpool since Ryan Reynolds is way too perfect for that role and could provide the audience with a proper, 4th-wall-breaking explanation for why the X-Men got rebooted.  Actually, for that matter alone, I don’t think it would make much sense to change any of the actors from the Deadpool franchise so Josh Brolin, you’re staying despite being Thanos.

In the grander scheme of the MCU, I have no idea how they’d add in the X-Men considering we’re three phases in and these guys somehow didn’t show up the whole time.  They can’t go the Inhumans route because that was a disaster so my guess is they’ll have to make the X-Men a lot younger and do the origin again.  Therefore, I went with a younger team.  They could also technically do an alternate universe thing where the X-Men exist and they somehow join our world.  I might do an article soon about the different ways the X-Men could join the MCU.

The only downside to a younger team that I can think of is that Storm won’t be able to get with Black Panther, but that’s not a huge thing considering T’Challa already has Nakia.  However, an easy workaround for this is just to make Storm older than the rest of the X-Men.

Alright, let’s get to it: 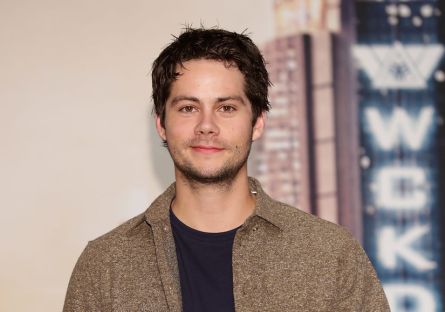 I’ve always liked O’Brien as an actor, and I’ve been waiting for the moment he gets a better script to work with because he has dramatic chops.  He has shown he can handle a large action franchise with “The Maze Runner” and “Teen Wolf.”  He also has a pretty big online fanbase to generate buzz.  I’m a little curious if they decide to keep the “Deadpool” franchise and Cyclops would interact with Josh Brolin’s Cable.  The other thing is that at 26, he’s a great fit to play opposite my pick for Jean Grey. 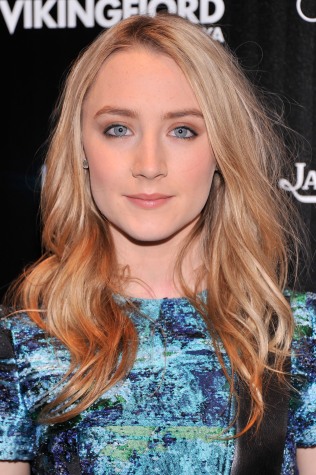 This one’s probably the most straightforward of the answers.  Ronan is arguably one of the best actresses in Hollywood right now, consistently outperforming herself with distinct roles from “Brooklyn” to “Lady Bird.”  I think there are a lot of different personas that Jean Grey can have and Ronan would be able to bridge the gap between her character’s shifting personalities (which would eventually lead her down the Dark Phoenix saga). 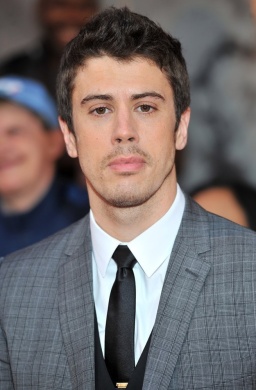 I think if the MCU wants to distinguish their version of Beast, it might be a good idea to do a motion capture performance.  Despite an unfortunate turn on Dr. Doom in “Fant4stic,” Toby Kebell has done a lot of great work that show his high tonal range.  He has proven himself as one of the best motion capture actors out there with his role as Koba in the “Planet of the Apes” series.  He can be smart yet dramatic, and Kebell’s role in “Black Mirror” shows that he’s a versatile actor. 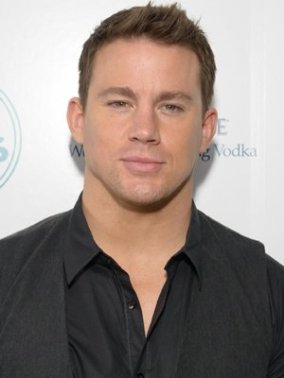 Channing Tatum has been vouching for this role for what feels like forever.  I would just feel bad for him if they gave the role to someone else especially considering he came out as Gambit at 2016’s San Diego Comic Con in an official announcement.  Tatum has the charms and popularity that would really push his character to the A-List of Marvel heroes, which they need to figure out after “Avengers 4” sees the end of the main Avengers team. 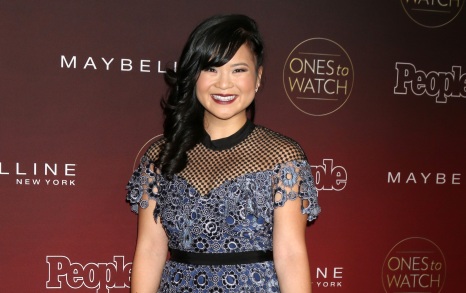 If you’ve read this site for a while, you know I’m a die hard defender of “The Last Jedi,” and I really liked Rose Tico’s character.  Jubilee is a character who bursts with excitement and is just all around nice to everyone.  I think Kelly Marie Tran just with her off-screen humor could be perfect to introduce to the MCU.  She definitely has the acting range to do whatever Marvel thinks would work best for the character.

I know he’s a little young for the role, but I think he’s perfect.  Chalamet could not only pull off the prankster aspect of Bobby, but also sprinkle in some levity with one-liners.  Moreover, he has a pretty sad family story that would take some real drama, and Chalamet did such an amazing job in “Call Me By Your Name” that he could steal scenes with this character.  I saw a lot of mentions online that Chalamet would be a good Nightcrawler, but I think Iceman better suits his charisma. 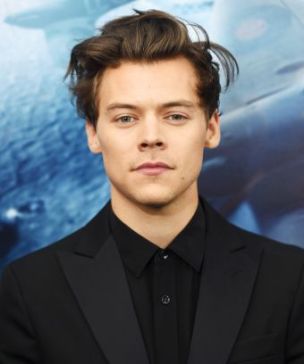 The big thing I was looking for here for Angel was a big name popular with teenagers who has a large online fanbase.  Though I really like his music, I wouldn’t have thought of Harry Styles until I saw “Dunkirk,” in which he showed that he can be a dramatic actor.  He had some intense scenes to cover and drove the mystery of that film forward.  The other actors I considered were Joe Keery and Logan Lerman for similar reasons.  As a side note, I think it might be cool if Styles did a song for the eventual X-Men soundtrack. 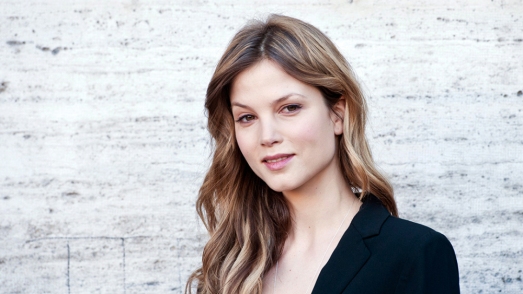 Hoeks was the big standout actress in “Blade Runner 2049” as the stone-cold hunter who ultimately has a heart of her own.  If that sounds familiar , it’s because that fits Mystique’s character pretty well.  I think she would make for a notable threat against the X-Men who could ultimately switch sides for some missions. 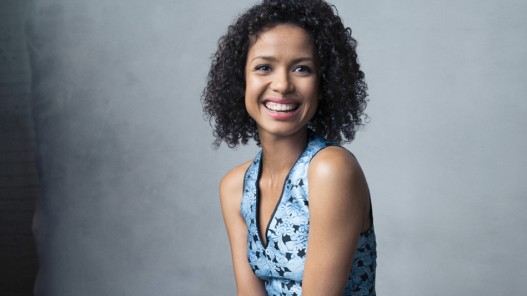 If we’re making Storm older than most of the X-Men, I think she should be the Cyclops-like leader of this X-Men.  I think Mbatha-Raw can handle the role since she has had a wide range of roles that shows she can be caring (like “San Junipero” in “Black Mirror”) and also handle a spectacle film (“Beauty and the Beast,” “A Wrinkle in Time” – not a good movie, but still).  At 35, she’s not far off from Chadwick Boseman’s age of 40.  I’m honestly really only judging this from “San Junipero,” in which she just runs the gamut of acting.  If you haven’t seen it, it’s not just the best episode of “Black Mirror” for me, it’s one of the best episodes of any show I’ve seen. 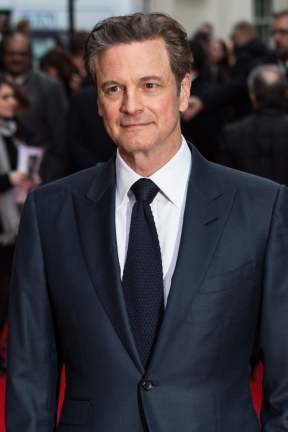 Colin Firth is like the pinnacle of elegant British people.  He basically resembles sympathy as we saw in “The King’s Speech,” but he can also be harsh and calculated like how he was in the “Kingsman” series.  I didn’t think Firth could do action until I saw “Kingsman,” but he’s more than capable for this role.  It was a no-brainer pick for me, and at 57, he’s around the same age as my pick for Magneto. 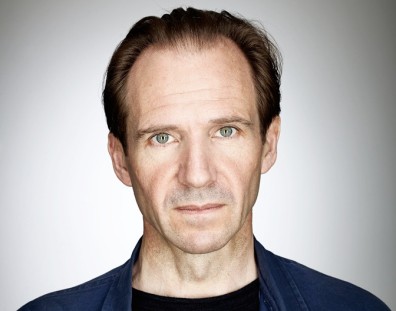 I’ve seen a lot of mentions for Fiennes playing Professor X, but I think  he would make an even better Magneto.  Part of what made the character so interesting the comics (Ian McKellen’s version does this too) is that there’s kindness and sympathy behind Erik’s actions.  In the end, he just wants what’s best for the mutants, and his experience with Charles and the X-Men isn’t necessarily hostile.  Fiennes has played both sides of the coin with Voldemort in the “Harry Potter” films and Gustave in “The Grand Budapest Hotel.”  He has the experience to play the iconic character and serve as an overarching villain for what could become a potentially big franchise. 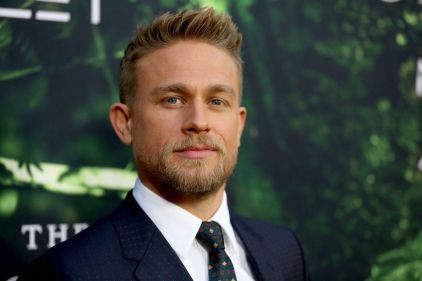 First, I’d like to say that if they do Wolverine, they have to make him James Howlett and do the original yellow suit.  After “Logan” and Hugh Jackman’s legendary run as the iconic character, there’s no way Marvel can top the stuff we’ve seen before if they just try to do a Hugh Jackman impersonation.  They need someone who can feel familiar yet be his own thing.  That’s why I’m going with Charlie Hunnam, whose last big film role was in “Pacific Rim.”  Hunnam has shown he can be a leading actor and undoubtedly has the physicality specific to Wolverine.  He could be a little shorter if Marvel wanted to go the comics route, but it’s not that important.

Alright, I know that’s a lot, and I’m currently missing a few characters.  However, what do you think about this list, and who would you cast in these roles?  Please feel free to let me know in the comments section!

Also, if you like this article, feel free to check out my review of “Mission Impossible: Fallout” by clicking here!  Thanks 🙂