I’m honestly baffled by how bad this movie is.  I’m going to say this right now – this was my least favorite superhero movie since the abomination that was Fant4stic.  Since that garbage pile, there have been 6 superhero movies, and this one was the worst by far. 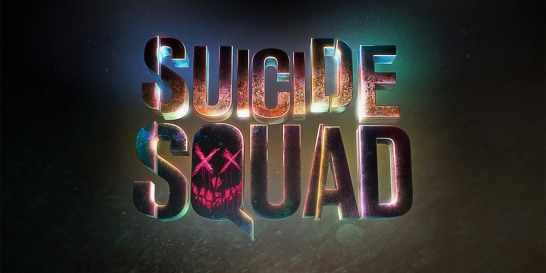 Before you guys start calling me a diehard Marvel fanboy, I love both comic book franchises equally (that love encompasses comics, movies, and TV).  I just really like superheroes – there’s something just awesome with the different ways they can be presented.  They can be godlike figures like Superman or they can be down-to-earth regulars like Spider-Man.  They can be traumatized billionaires who want to make a difference in the world or they can be anti-heroes who just want personal gain.

Then there is the Suicide Squad.  I’ve always loved the comics for this team of villains who are forced to do hero-esque jobs in a world that hates them.  I really like how the comics dive deep into the morally bad areas of these characters when they are actually doing some good acts.  Task Force X was an interesting team of bad guys that was different from the rest.  There, now you know I actually really like the historical backstory of the team.  Which leads me to my first question: WHAT HAPPENED? 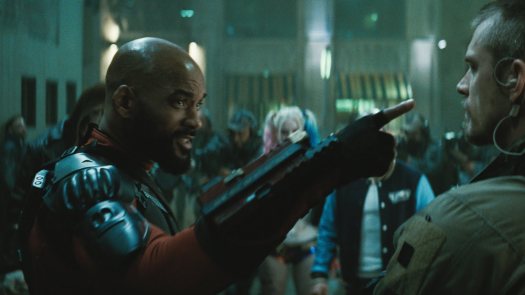 Honestly, I really don’t know what this movie wants to be.  I know all about the whole reshoot thing and the fact that the final theatrical cut of the film wasn’t even director David Ayer’s cut.  Seriously, what idiot hires a trailer editing company to edit a 2 hour film?  The result of this awful executive decision is a mess consisting of pointless dialogue, terrible CGI, jarring progression, unclear motivations, and the worst 3rd act of any superhero movie since… well Fant4stic… and we all know how that went.

Let’s talk about plot.  Amanda Waller and her government friends get together a team (called Task Force X) of “the worst of the worst.”  These villains have one lousy job: defeat some bland CGI Power-Ranger-ripoff-minions and their hilariously bad overlord, Enchantress.  The “team” consists of a random hitman, discount Joker sidekick, a fire guy who doesn’t use his fire, an Australian Brony with a boomerang, a literal crocodile, the “her sword traps the souls of her enemies” character, a generic gun guy, and a guy who can “climb anything,” but we don’t talk about him.  Then there’s whatever the hell Jared Leto was playing.  If you wanna still see this, gear up for a decade more of DCEU movies.

As far as acting goes, the film is okay overall.  Though it has an ensemble cast, Will Smith and Margot Robbie are the only two people who are given time to actually shine.  Will Smith as Deadshot is a likable dude with charisma, and Margot Robbie does a pretty good job at acting as Harley.  I had a problem with the way Harley Quinn was presented and I’ll get to that in a bit.  Since the other characters (except for one more) are written in such a one-note fashion, the actors really didn’t have much to work with.  The one good character that I actually liked was Jai Courtney’s Captain Boomerang.  Captain.  Boomerang.  Let that sink in for a bit.  He’s an Australian dude with boomerangs, and he likes unicorns a little too much.

Jared Leto, on the the other hand, had a ton to work with.  Supposedly, we didn’t see all of his scenes in either the theatrical or extended cut of the film.  His acting was hyped so much that I was really looking forward to seeing what he’d bring to the table.  Yeah, he wasn’t good in this movie.  From his terrible costume design to his awful dialogue, Leto’s Joker felt cartoonish and out of place.  This Joker honestly got in the way of the movie itself.  Every time the film tried to move along with its plot, there was a random Joker scene that was added for seemingly no reason.  The Joker could have been taken out of the movie and there would be no difference.

Okay, before I go any further, just know that I might say something that some people might find offensive.  Just please know that I don’t mean to offend anyone. 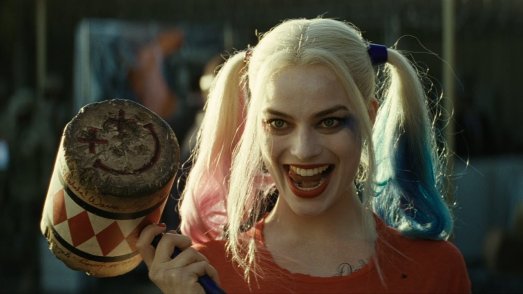 So, I mentioned how I had a problem with the character of Harley Quinn.  The problem is simple: The makers of this movie over-sexualized her for no reason other than to sell tickets to testosterone-filled males who write DC fan fiction.  I was really annoyed by how many shots of this movie were close-ups of Harley Quinn in barely any clothes.  If that was her character, that’s fine.  As a character, Harley Quinn is great – her character is the only one besides Deadshot’s that has emotional weight to it.  The problem is that the movie tried to market Harley as a strong female role model, and it failed MISERABLY.  The posters put her in the front and the film’s marketing tried to sell Quinn as an independent badass along the lines of Rey from The Force Awakens.  Let’s take a look at what the movie does to Harley Quinn:  She quits her job as a psychiatrist and becomes a wanted criminal because she is so in love with the Joker, an evil man who abuses and tortures her.  She is only focused on one thing throughout the movie and that is the Joker.  Though her character is independent and physically strong (she destroys an entire army of CGI evil things with a bat), her motivations are dependent on a man throughout the entire film.  I know women are underrepresented in Hollywood, and I really feel like I have no ground to talk about this since I am a man, but this is not the way to go.  Rey from Star Wars was a perfect example of a strong and independent female lead.  That character is a good template to start with instead of Harley Quinn.  Anyways, that’s my mini-rant on this.  Feel free to angrily type in the comments about how I don’t know anything (I’m perfectly fine with criticism – just please don’t be super mean).

From a visual effects perspective, this film is terrible.  I have no idea why the executives had to have a bland CGI character as its main antagonist, let alone the giant sky beam.  A. GIANT. SKY. BEAM.  Seriously, how many super hero movies have the Giant-Sky-Beam Syndrome?  You’d think that the makers of these movies would have learned by now, but that’s the thing with Suicide Squad – no one learns anything.  Everyone starts and ends the same way… except for the man who can “climb anything”… I guess he never climbed that one building… because you know… he died…

If you can’t tell by now, I was just really frustrated watching Suicide Squad.  I was numbed too many cringe-worthy scenes to even point out a scene that I really liked.  Actually, I guess Jai Courtney as Captain Boomerang was pretty good.  CAPTAIN BOOMERANG WTF MAN WHY U NO IN THIS MOVIE MORE?!?!  Seriously, Jai Courtney was actually kind of good.  That said, he doesn’t actually do anything – he’s just sort of funny.

The final terrible thing I have to talk about is the horrible soundtrack.  “All my friends are heathens, take it slow.”  You know, that one… and a ton of other songs.  The soundtrack for this movie is so poorly mixed together that it really got on my nerves.  One time, we’re listening to Skrillex, and in the next scene, we’re listening to Imagine Dragons and Lil Wayne.  It’s as if someone was just skipping through different radio channels the whole time.

I said I would review the extended cut of the film.  This is something that Warner Bros is seemingly trying to do now – first Batman v Superman had an extended cut and now this one has it.  The extended cut doesn’t add anything really new.  It adds a new scene with Killer Croc and some more dialogue, but it really isn’t good.  This is not a Peter Jackson extended cut for the Lord of the Rings since those are actually good.  This cut just drags the movie’s runtime longer.  If you want to still watch it, feel free to do so, but I personally didn’t see any reason to substitute this version with the theatrical cut since that’s what I did with Batman v Superman.

Overall, Suicide Squad was bad.  It’s extended edition was worse.  It was my least favorite comic book movie of the year.  Though it had three good characters, characters don’t make a good movie if they aren’t paired with a script that utilizes them well.  This is a lacking adaptation of a comic book team that I really like, and I hope the folks over at Warner Bros. don’t make another one of these.  However, given the news about a Gotham City Sirens movie, it looks like money really can do a lot in Hollywood.

So that’s my review of Suicide Squad.  Though I personally didn’t like the movie, I’m curious to see read what your thoughts are.  Please feel free to share what you think about the review in the comments section below.  Thanks!